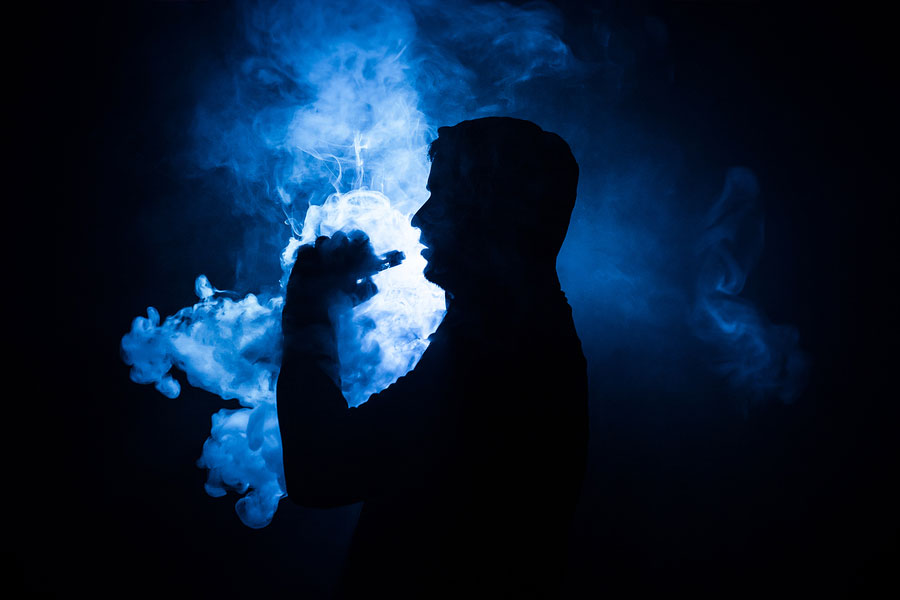 What are the Real Costs of Vaping on Oral Health?

The problem is that research is still ongoing, and therefore the full effects of vaping on your oral health are not yet known. Since the e-cigarettes cartridges used contain varying amounts of nicotine which is inhaled by the user, vaping can lead to reduced blood flow in your veins, which effect’s your mouth’s ability to fight bacteria.  Nicotine chokes tissues in the mouth from the blood it needs to survive, causing the death of gum tissues. This may lead to serious issues with gum disease called periodontal disease.

The U.S. Food and Drug Administration (FDA) recently launched a new campaign to warn kids about the dangers of vaping and using e-cigarettes. The campaign aims to reach 10.7 million youth aged 12-17 who have used e-cigarettes or have considered trying them.  The campaign will use digital and social media sites popular with teens to get the message out, as well as placing posters in high schools across the country.

The FDA’s campaign, “Know the Real Cost of Vaping,” aims to educate youth about the addictive nature of e-cigarettes and highlight how nicotine can rewire the brain to crave more nicotine, particularly since adolescent brains are still developing. E-cigarettes also contain harmful chemicals such as acrolein, a chemical that may result in irreversible lung damage; formaldehyde, a cancer-causing chemical; and toxic medal particles like chromium, lead and nickel that may be inhaled into the lungs.

“The FDA has a successful track record of using compelling, science-based public education campaigns to encourage kids to rethink their relationship with tobacco and is bringing the same approach to these new efforts to prevent youth use of e-cigarettes,” said Mitch Zellar, J.D., director of the FDA’s Center for Tobacco Products.  “E-cigarette use among youth is a tremendous concern and this new campaign will allow us to effectively communicate the dangers of these products to teens.”

Dr. Melchers and his staff are here to address any of your oral health concerns, including the latest information about vaping and e-cigarettes. Contact us today at info@oldmtpleasantdentistry.com to see how we can best meet your dental care needs.

Would you consider writing a review?

Dental Care You Can Trust